I recently found an old diary of mine listing this sentiment as one of my all time favorite quotes. It was from my early adulthood. Over the years, I've recalled it on more than one occasion, usually not remembering all the words correctly. But it prompted an intentional reflection within me today. Where I had before agreed with it wholeheartedly, today I would say I have a different take on it. It's not so black and white as I had once thought.

Obviously I didn't know Horace Walpole personally to understand what motivated him to believe what he wrote, but he is entitled, based on his own life experience, to believe whatever he understood from it. Interpretation of anything hinges on experience, personality, maturity and influences. My take-away now simply would not mesh with his as it did in my past when I just took it as a simplistic viewpoint. Life has given me many more things to contemplate and ruminate about; it's just not that easy to put everything neatly and tidily in a box.

When I first read the quote, my own inclination to be empathetic immediately made me realize I was one of those feeling people he identified in his quote. I was the first to always reach out to calm, help out in any way that I could and show as much empathy as the situation required. At the time, this is what made me nod Yes! to his quote enthusiastically. I identified with the second part, that's why I agreed with it. The first part was just a confirmation of the second statement. Thinkers are more cerebral. So of course, they're not going to be mensches.

But after being on this earth for the last 50+ years, I've come to the conclusion that it's not an either/or situation. I've know too many people who are incredibly intelligent, but also have such an empathetic streak in them. I would count myself as a person who is logical, reasonable and always try to be as rational as possible, and my need to fix all of the wounds I see gaping is still something that is just as much a part of me as my intellect. Am I what Walpole would have deemed a thinker? I don't know what he considered intelligent or if he meant a thinker like a Stephen Hawking. But I'd like to think I am somewhat intelligent.

I would still accept there are many who lack empathy and are incredibly intellectual, just as there are many who are incredibly feeling people who lack intelligence. But I have to reconsider my initial interpretation and say now there is such a wide variety of human beings, and they can fall anywhere on the spectrum of having both or either of the capabilities of thinking and feeling. As well as, to what degree they project either of those qualities. It's a cornucopia of possibilities, and not so elementary as Walpole suggested.

After reading up on Walpole a bit, I've come away with the impression he may have been a bit cynical or just based his statement on a few experiences he had in his life. His interpretation influenced by similar and repeated encounters with people showing the same characteristics possibly led to his simple conclusion. Or maybe the thinkers he encountered weren't sympathetic to him? This would be one of those instances I wish I had a time machine to go back and make contact with him. It would be interesting to understand how he came to this conclusion which led him to express that thought.

Well, that will never happen in my lifetime, if ever. I'll just have to make due with my own thoughts on the matter. Who knows, maybe they'll change some more when I'm in my 80s?
Posted by Susi at 12:06 PM No comments: 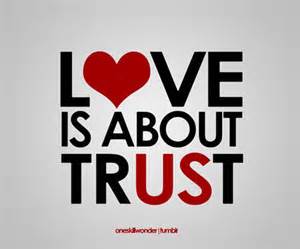 I wasted so many years on you. That I do regret.

Things would be so much better if people wouldn't lie to each other. The worst is when family looks you straight in the face and does it to you, and then acts like there's something wrong with you.

I got your number, I ain't never dialing it again. I don't talk to liars anymore.
Posted by Susi at 9:30 PM No comments:

Susi
These things I am...Old & wise, young & still learning. Also, beautiful inside & out and ugly... only occasionally. Really working on that part.